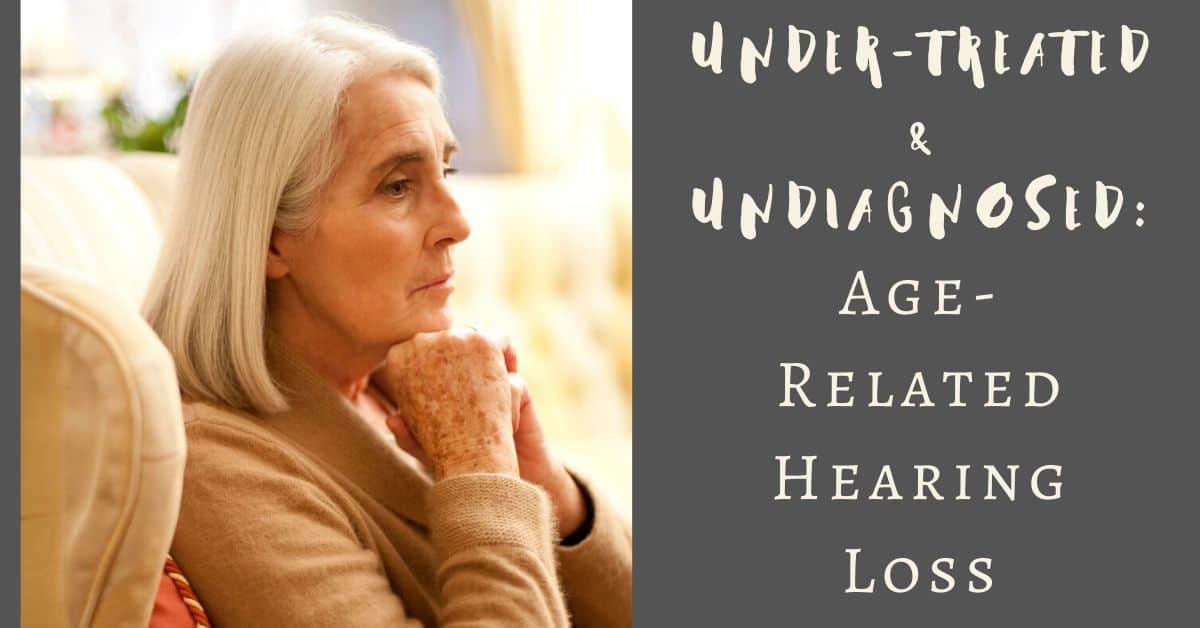 What is Age Related Hearing Loss?

Age-related hearing loss, also called presbycusis is caused by the break down of tiny cells and nerves in your inner ear after a lifetime of hearing. This is a very common condition, in fact one of the top three chronic health concerns for older Americans affecting half of seniors over 75!

The Dangers of Untreated Hearing Loss

The problem is that while this condition is fairly common it is often hard for people to realize they are suffering from it. Age related hearing loss is a slow process, and this kind of hearing loss can often go unnoticed for years, since day-to-day changes in hearing are incremental. Presbycusis develops gradually over time; so that it’s hard to recognize a loss in the sounds you are able to hear. It is often certain consonants or the highest and lowest tones that go first. As these portions of sound become diminished, your brain has to work overtime to fill in the missing gaps, causing fatigue and exhaustion. As the brain struggles to hear this level of cognitive exhaustion has been linked to brain atrophy and dementia. It may seem easier for seniors with untreated hearing loss to avoid social gatherings where they will struggle to hear, causing anxiety, depression and social isolation. As we age social interaction remains incredibly important for mental and physical health.

It is just devastating how hearing loss can affect every aspect of your life from your closest relationships to your career and more. Those with hearing loss struggle with their careers, and often stop getting the promotions and the pay they deserve due to constant miscommunication. When you can’t communicate with friends and families these relationships that were once anchors for seniors often start to erode. Hearing loss has also been linked to higher rates of anxiety, anger, and frustration, as well as fatigue and insomnia. The health risks are just too dangerous to ignore.

Tragically, only 1 in 5 people who have hearing loss ever seek treatment or visit an audiologist. People often make excuses about their hearing loss rather than admit that they have a problem. This may be due to people not wanting to accept that they may be aging. It is often the case that people just believe that others are mumbling and not speaking loud enough rather than it being a problem with their own ears. However, once you understand the dangers of ignoring this condition it may seem like the soundest investment you can make into your golden years, to invest in an appropriate pair of hearing aids.

Know the Signs of Hearing Loss

Have Your Hearing Tested Today

If you notice any of these symptoms then it is time to take a hearing test. Very often it is others close to you that will point out that it is time to take a hearing test. This advice is an act of care from others that would like you to be able to hear better. Regardless of your age it can never hurt to have your hearing checked annually, but with the prevalence of hearing loss in people over 70 then it is definitely time to commit to yearly hearing check ups. Most importantly, if a hearing loss is detected seek treatment as soon as possible. Don’t let a hearing loss go untreated.