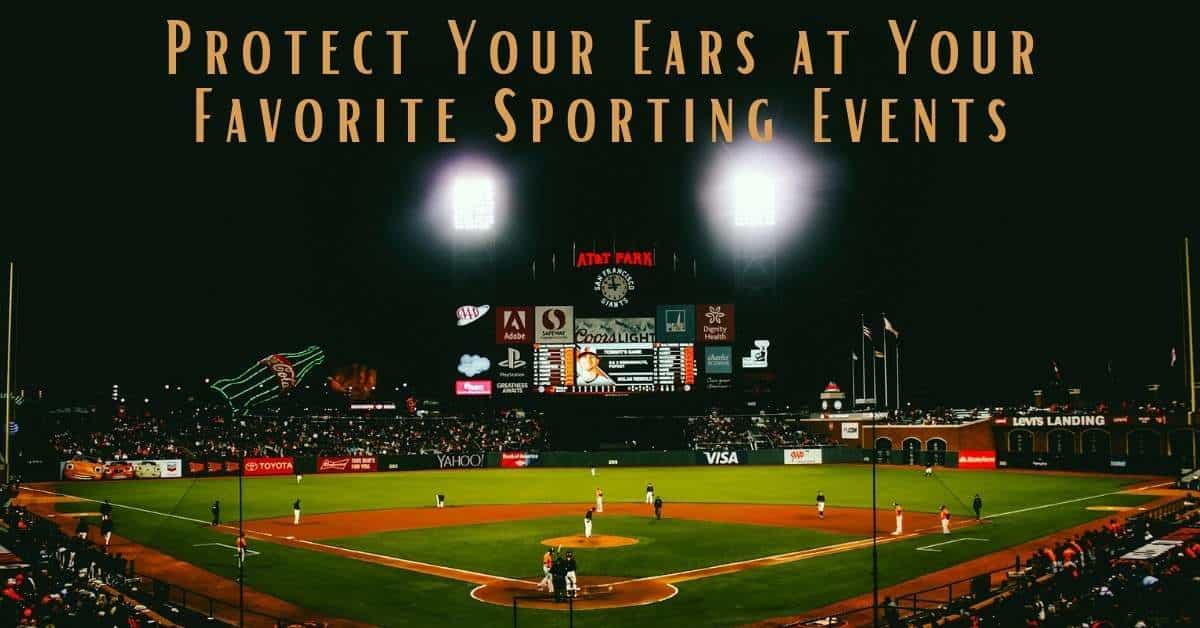 For sports fans, there’s nothing quite like screaming your support of your team in a huge stadium surrounded by thousands of other fans. There is such a rush of adrenaline with the crowd, the music, the announcers – but there could be a downside. Sustained or even extremely loud one-time noise events can damage your ears and cause hearing loss.

As you might imagine, it’s a touchy subject since team owners want that fan support and fan enthusiasm in stadiums helps keep team adrenaline high. At Professional Hearing Services, we offer custom ear plugs. Some will block out all the noise, some just some of the noise. They are perfect for sports enthusiasts as well as those who enjoy target shooting, motorcycling and anyone involved in professions that subject them to noise like airline pilots, firefighters, musicians, construction workers and factory workers. The first step is getting a hearing evaluation and talking to us about what you need and your lifestyle.

Sometimes it seems like a competition between fan groups at a stadium as to which can be the loudest. What is “loud?” Anything over 80 to 85 decibels is considered loud. An acoustical firm, Wrightson, Johnson, Halddon and Williams did a crowd noise test at an NFL game and it came in between 80 and 90 decibels. That, according to the American Speech-Language-Hearing Association is considered “loud” to “extremely loud.” An acoustical consultant did a test at Century Filed during the Seahawks/Saints game in December. Fan noise set a Guinness World Record for loudest crowd noise at that game with a smashing 137.6 decibel noise level.

The National Institute of Occupational Safety and Health wans that exposure to 85 decibels for more than eight hours at a time could result in hearing loss if an individual isn’t waring hearing protection. Each time the decibel rate rises by just three decibels, the “safe” exposure time is cut in half.

The average football game lasts about three hours, so if cheering fans hike the decibel rate to over a hundred, that means damage to your ears.

During the time the decibel rates were being monitored a Seattle Seahawks game, counts before the record hovered between 100 and 108. When the decibel record was broken, it was actually recorded as a mini-earthquake. The ground shook. So, to make a comparison, the 137.5 decibel level is just about equivalent to the sound level a jet makes during takeoff. Airport employees wear ear protection – football fans do not.

Each person is affected differently by noise. For some, one football game could result in ear damage, for others, it would take a couple. Season ticket holders put repeated strain on their ears. Many spectators may experience temporary hearing loss without realizing exactly what that is. After exposure to loud noise you may have a temporary “ringing” in your ears and speech may sound muddled. Sometimes the ringing, also referred to as tinnitus, doesn’t go away.

If your hearing returns to “normal,” it may still be damaged. The tiny hair cells in your ear which transmit sound to be processed to the brain, get permanently damaged. The other cells may be able to compensate, but over time, there’s not enough healthy cells to compensate anymore and you experience hearing loss.

Remember that iconic picture of New Orleans Saints Quarterback Drew Brees holding his infant son up in the air after the 2010 big win? His son was wearing ear protecting headphones. If you are a NASCAR fan, the TV shots of the crew members in the pits as well as many of the fans in the grandstand, show them wearing earmuffs or noise cancelling headphones. Even something as subtle as a pair of foam earplugs would be helpful. You can still hear, but the sound is reduced by 20 to 30 decibels.

You experience all of the excitement and passion of a great sports event, but you don’t put your hearing at risk.

Call for a Consultation

If you are in a profession or have a hobby that may put your hearing at risk, Professional Hearing Services can help with custom ear protection. A hearing exam will set a level for us to monitor whether or not your hearing is being put at risk and what we can do to help.