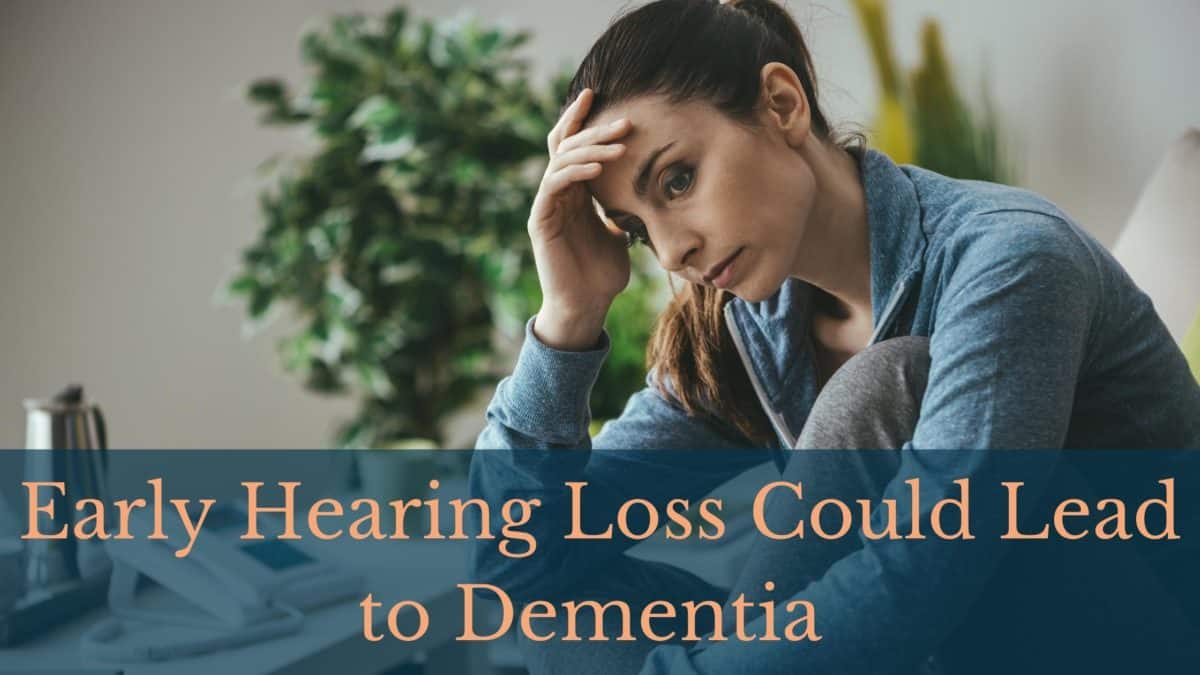 Hearing loss is most common in the golden years of life. After a lifetime of sound, music, and noise entering the ears, it is no surprise that they can suffer some damage over time. The tiny hairlike organelles of the inner ear called stereocilia are sensitive to even the slightest vibrations, and they can become bent, broken, or otherwise damaged when they encounter loud noise. When we reach older age, even an average life includes a good amount of loud sound from time to time.

The study engaged 35 people between the ages of 18 and 41 in MRI brain scans to witness their responses to various stimuli. Specifically, the team of researchers led by Yune Lee delivered sentences of varying complexity to these people, and they took images of the brain as it responded. At first, they were not seeking to understand the relationship between hearing loss and cognitive decline. However, they noticed a surprising pattern.

Even those young adults who had slight hearing loss demonstrated different patterns in their brain responses. The parts of their brain that were used to process complex sentences looked more like aging people than like their counterparts in the study. Most young people use the left half of the brain to comprehend language, but aging people start to use the right frontal portion of the brain for language comprehension.

Those study participants who had mild hearing loss demonstrated brain activity in that portion of the right frontal cortex, whereas the other participants did not. Although this difference was not conclusive evidence of a higher likelihood of dementia, Alzheimer’s disease, or other cognitive conditions, it was suggestive of a pattern that is seen among older people with hearing loss and cognitive decline.

What might be cause young people to be losing their hearing at higher rates, as well as demonstrating significant changes in their brains? One of the most striking changes of the last decades has been the increased use of headphones and earbuds. These devices were available in the decades prior, but portable audio devices were not as common.

First with mp3 players, such as the iPod, and now with smartphones able to deliver hours of audio entertainment wherever you are, people are using headphones and earbuds at much higher rates. When they are used at a low volume level, these devices can be harmless. However, there is a tendency to bump up the volume when outside sounds compete for sonic space.

Take, for instance, a ride on a train. If you use headphones during a commute, then leave the volume setting at the same place when you return home, you will likely be shocked at how loud it was while riding the train. The reason is that earbuds and most headphones are not noise-cancelling, meaning that they allow outside sounds to enter the ears, as well. The combination of an already-loud train and the competing sound of your device can add up to dangerously loud volumes, and young people are as susceptible to this danger as are older people.

Though hearing loss among young adults is a concern on its own, the connection with brain health makes it even more urgent to practice protective habits. Children’s headphone use should be carefully monitored, and security settings can be put in place to make sure volumes don’t exceed recommended levels. For adults, these measures require self-regulation, but apps are available for your smartphone to help you monitor your own volume use. When you take care of the way you use headphones, as well as your other aspects of noise exposure, you might not only be helping preserve your hearing ability later in life. You might also be protecting your brain’s health!

If you have been struggling to hear, it is important to take a hearing test. We’re here to help! We provide comprehensive hearing services, from testing to hearing aid fittings. Contact us today to schedule an appointment.