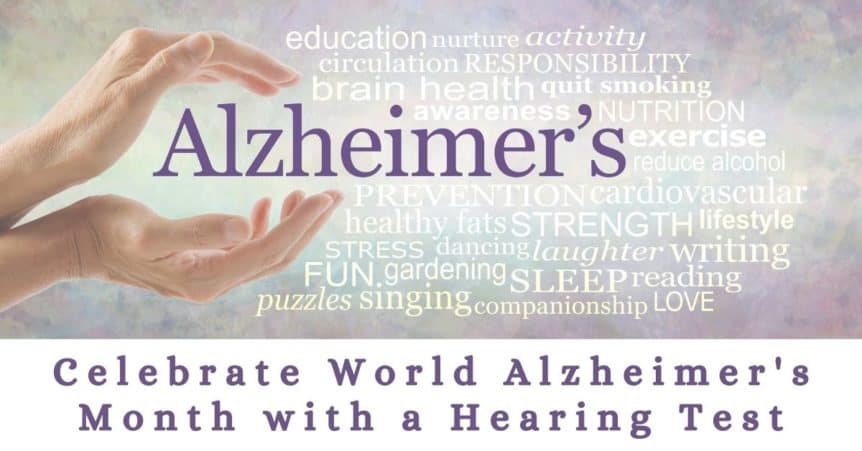 Alzheimer’s disease and other forms of dementia together affect almost 50 million people worldwide, yet we have not yet found a cure. This ongoing struggle to solve a condition that afflicts so many makes it more important than ever to promote continued research and development.

As a way to raise awareness about Alzheimer’s disease and dementia, as well as to honor the many people who have these conditions and the people who love and care for them, the month of September is set aside each year to celebrate the progress we have made. Although the cure does not yet exist, recent years have unearthed a wide range of risk factors that are associated with higher rates of these conditions.

Let’s first take a look at the risk factors before proceeding to consider the many ways that you can modify your behavior to reduce that risk. Although some of the risk factors are out of your hands, many other conditions are within your grasp. Taking proactive steps to reduce your own risk of Alzheimer’s disease and other forms of dementia is like giving your future self a gift.

In the past, cognitive scientists thought there was nothing to be done about Alzheimer’s disease and other forms of dementia. While a cure remains elusive, they have discovered that certain traits, health conditions, background demographics, and lifestyle habits are correlated with higher rates of dementia.

Even comparing groups that are relatively similar, some of these factors create a statistically significant relationship that cannot be denied. The list of risk factors extends from early life all the way through the golden years.

One of the early life risk factors that can’t be controlled at the individual level is the level of education. Midlife is when many lifestyle habits come into play. Such behaviors as smoking and excessive alcohol consumption have been associated with higher rates of Alzheimer’s disease and other forms of dementia, just one more reason to curb these habits as soon as possible.

Other health conditions such as hypertension and obesity can occur in midlife, and your diet and exercise habits can have a strong effect on these related conditions. Later life conditions have a relation with Alzheimer’s disease and other forms of dementia at the time when those cognitive conditions tend to occur. Some of these characteristics include depression and social isolation, and mental health services can be effective in reducing these risks.

Physical activity and diabetes are also associated during later life, and lifestyle and health measures can be taken in each case to reduce the associated risk of cognitive disorders. However, some factors are beyond individual control at this time, including exposure to air pollution. One more factor can begin during midlife and has a strong correlation with higher rates of Alzheimer’s disease and other forms of dementia: untreated hearing loss.

In study after study, researchers have discovered a powerful relationship between hearing loss and dementia. Although the mechanism is not perfectly clear, it seems that hearing loss gets in the way of having freely flowing, easy conversations. Instead, the brain scrambles to put together these random pieces of sound into meaningful communication, and many mistakes are made.

The confusion that results from not being able to understand human speech creates an unbearable cognitive load. When the brain is taxed and strained to solve this conversational puzzle, it seems like that stress can spread to other areas of cognition and even other physical areas of the brain that are not normally utilized for understanding speech.

With limited resources, Alzheimer’s disease and other forms of dementia become more common. For these reasons and many others, it is essential to seek treatment for hearing loss as soon as it occurs. Getting treatment in the form of hearing aids makes it possible to devote your mental resources to more complex thought, preserving mental agility later in life.

If you have not had a hearing test, don’t delay finding out how your hearing ability is doing! You might find out that it is time to seek treatment, and the benefits could extend far into your future.