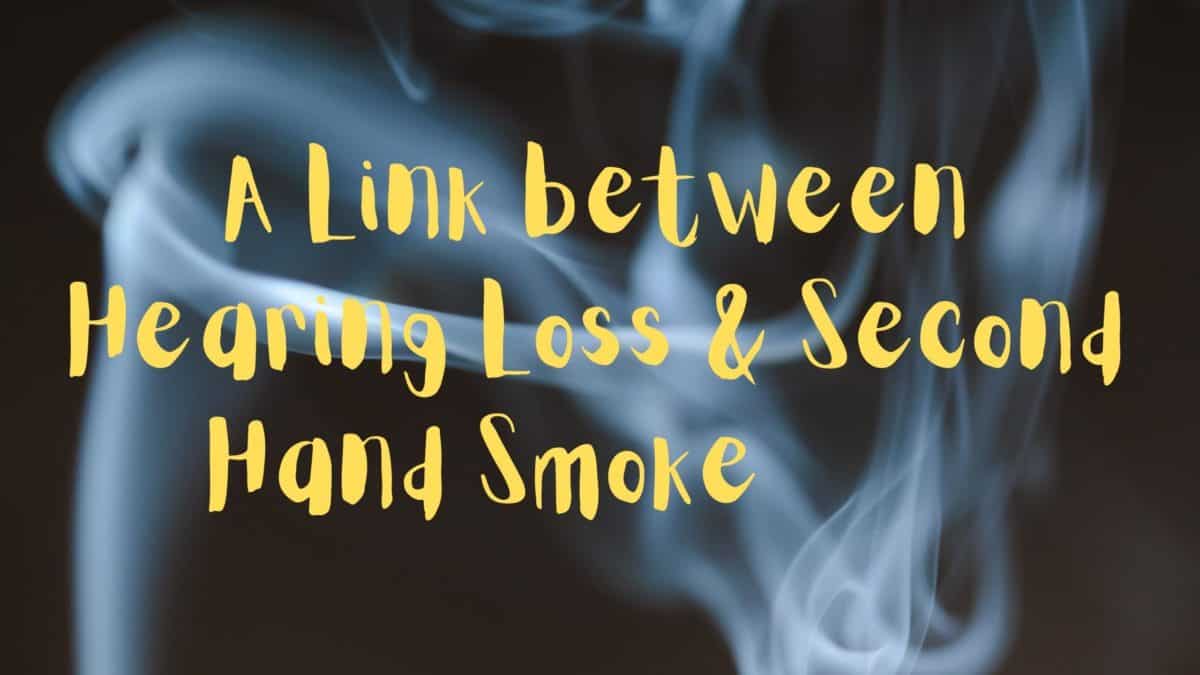 That smoking has a relationship with negative health effects will come as no surprise. Contrary to the false advertising of decades gone by, we now know that smoking is the most powerful lifestyle habit to correlate with serious health concerns. Smoking cessation campaigns are promoted around the world, encouraging us to stop smoking ourselves and to help our loved ones do so.

Did you know, however, that personal smoking habits are not the only risk to your health? Exposure to second-hand smoke is a risk factor for a number of health concerns, as well. A recent study discovered a surprising new connection with your health—hearing loss. It turns out that adolescents in the study who were exposed to second-hand smoke were more likely to develop low-frequency hearing loss at a young age, and many of them did not even realize that the loss had occurred. Let’s take a look at this study before proceeding to consider what can be done to prevent this type of hearing loss.

The degree of exposure makes a difference, as well. Those who are exposed to higher levels of smoke tended to have higher rates of these other conditions. In order to build on this growing body of literature on the correlations between second-hand smoke exposure and other health concerns, the team of doctors at New York University explored the connection with hearing loss.

They collected data on 1533 non-institutionalized adolescents age 12–19 who underwent hearing tests, had smoke toxin levels available, and were not actively smoking. Hearing ability in this group was measured against their counterparts in the general population to see if second-hand smoke exposure was causing hearing loss to occur. The results of this study were quite powerful.

Although a relationship was not discovered in high- or mid-frequency hearing ability, which tends to be the first to go for people who experience age-related or noise-induced hearing loss, this group of adolescents had significantly higher rates of low-frequency hearing loss. Added to these findings was the survey result that many of these young people who demonstrated hearing loss on tests did not know that they had it. The amount of smoke toxins in the bloodstream were correlated with higher degrees of hearing loss, as well.

This combination of results points researchers to further explore these relationships for other groups of people. Although the data existed for adolescents, researchers are curious if they are evident in adults who have second-hand smoke exposure, as well, particularly in a household or place of work. What can we do to address this problem?

Beyond smoking cessation awareness, what can we do about these rates of hearing loss? It is important for those who have a diagnosis of hearing loss to also know how to get treatment. The range of hearing aid options and technology is ever-expanding, and we can rest assured that the ability to assist hearing will only improve with time.

If you or someone you love is concerned about the possibility of hearing loss, the first step is to seek a hearing test. This diagnosis will give your hearing health professional a clear picture of your hearing ability and needs, making it possible to pair you with the right assistance when the time comes.