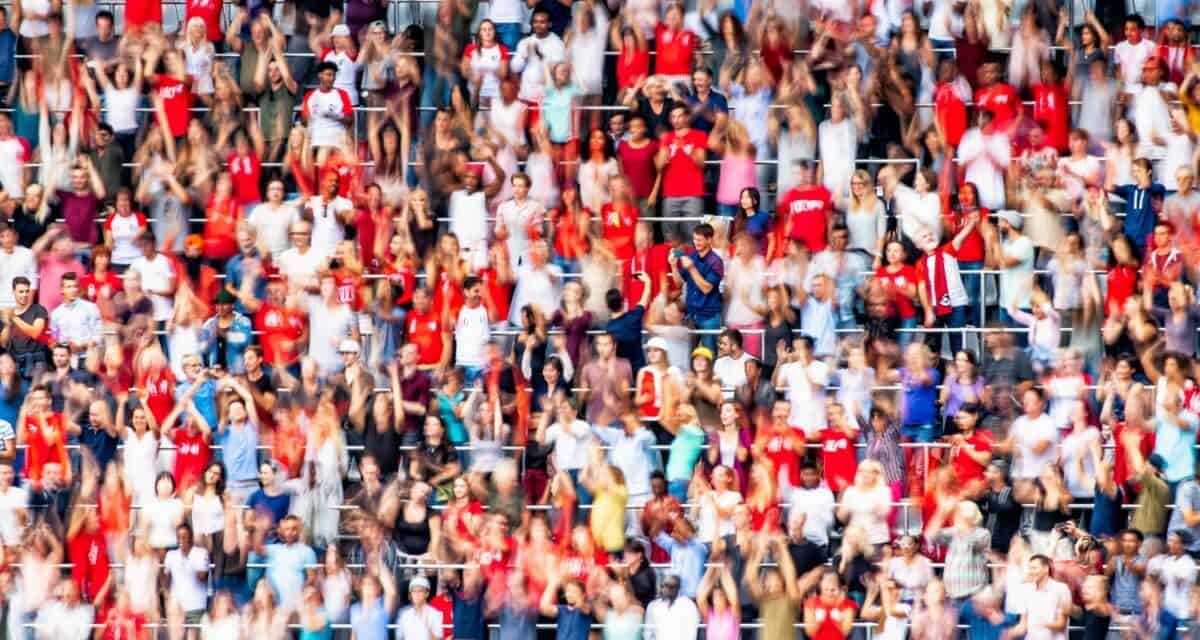 It can be an exhilarating feeling to attend a sporting event live. Most of us don’t make it out as often as we wish, because there is nothing like being surrounded by the cheering fans, the sweet smell of concession stands, triumphant music, and that swelling feeling when your team scores! However, it’s important to be cautious when it comes to your hearing. Sports arenas and stadiums can be extremely loud and if you don’t come prepared, you could leave with more than memorabilia and swag.

One of the most common types of hearing loss is caused by noise. While hearing loss is commonly thought of as a condition, commonly affecting older adults, in reality, hearing loss can affect anyone at any age. Based on a 2011-2012 study by the US Centers for Disease and Prevention (CDC) “at least 10 million adults (6 percent) in the U.S. under age 70—and perhaps as many as 40 million adults (24 percent)—have features of their hearing test that suggest a hearing loss in one or both ears from exposure to loud noise.”

How Noise Affects Our Hearing

Our ears are designed to collect and deliver sound to the auditory cortex in our brain, the portion which comprehends speech and identifies sounds. It delivers sound via tiny hair-like cells in our inner ear called stereocilia. Stereocilia achieve this by transforming audio waves from the ear drum and ossicles into electrical impulses which can be integrated by the brain. When sounds are at a safe listening threshold, you can listen indefinitely without any severe damage. However, when you surpass a safe listening threshold, after a certain amount of time, the vibrations can become severe enough to shatter, damage, and destroy the stereocilia as they crash against the membrane casing which houses them.

How Loud Is Too Loud?

The loudness of sound is measured in decibels and any decibel over 85 dBA can damage your hearing after 8 hours of constant exposure. However, as the decibels rise, the time it takes for damage to occur can quickly shrink. At 10 decibels higher it only takes an hour for 95 dBA to cause damage, and at 105 dBA, it may only take 15 minutes! Considering that normal conversation is 60 dBA, imagine being in a stadium full of people where everyone is not only talking but screaming and cheering their heads off for their favorite team. The decibels can add up fast! The loudest game ever recorded was in 2014 when the Kansas City Chiefs game was recorded at 142.2 dBA! That is loud enough to damage hearing in just seconds!

Did You Damage Your Hearing?

If you’ve ever left the stadium with a ringing or buzzing sound in your ears, this is a major sign that you’ve sustained some hearing damage. While the ringing most often recedes over hours- your hearing in the end just won’t be exactly how it was before. Hearing loss is often a slow and subtle process, gradually becoming worse over years. Meanwhile, the brain often normalizes the loss so you don’t realize the conglomerative effect of how much sound perception you’ve lost.

The Impact of Noise-Induced Hearing Loss

When you suffer from hearing, your communication with all the people in your life is affected. It becomes more difficult to follow conversations- leaving you feeling like you are often on the outside. An overriding sense of loneliness often takes hold even when surrounded by your closest people.

It can also put quite a lot of stress on your cognitive functioning when you struggle to fill in missing parts of words and sentences in real time. It’s common to feel exhausted after even a short social interaction. Over time people tend to skip out on social events which can aid in cognitive decline.

How to Protect Your Hearing

Next time you attend a game come prepared. Along with your favorite’s team gear and signs to cheer them on, make sure to pack ear protection. There is a wide range of hearing protection ranging from foam ear plugs, protective earmuffs, and custom molded ear plugs. Depending on the model, they can reduce the decibel level by 15-33 dBA.

Do you suspect you have hearing loss? It can’t hurt to know for sure and it could improve your overall quality of life in the long run. Schedule a hearing exam today!