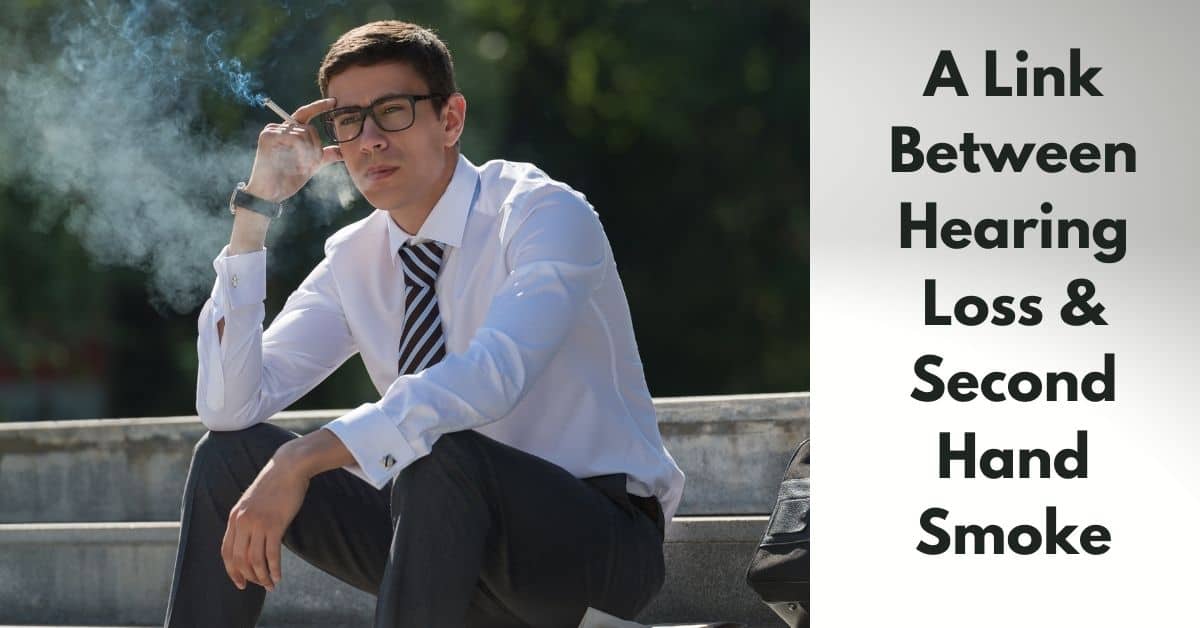 How can hearing loss be linked to something as seemingly unconnected as second-hand smoke? Many other seemingly disparate conditions have a link with hearing loss, as well. Some of these include heart disease, diabetes, and even dementia. While researchers are developing new ways to understand the connection between these conditions, it is important to take preventative approaches from both angles.

In the case of second-hand smoke exposure among children, the effects of second-hand smoke whether in utero or in early childhood seem to touch nearly all areas of life. Preventing exposure can prevent a whole host of negative health outcomes, and a new study shows that hearing loss is among them.

The Effects of Second-Hand Smoke

Particularly while a child is in utero, second-hand smoke from the mother has been correlated with many health problems in the later life of the child. Some of these health problems include low birth weight, sudden infant death syndrome (SIDS), respiratory infections, increased severity of asthma, and dental issues, as well as emotional and behavioral issues. Added to this list is a higher rate of otitis media, otherwise known as the common ear infection. This last relationship made some researchers at New York University curious about a potential relationship with hearing loss. Doctors Anil K. Lalwani, Ying-Hua Liu, and Michael Weitzman designed a research study to investigate this connection.

Their study engaged 1533 adolescents between the ages of 12 and 19 who were not currently smoking. These young people were asked to report if someone in their homes were smokers. Their chemical composition was also measured to determine how much second-hand smoke they were being exposed to. As hypothesized, the study found that those young people who had exposure to second-hand smoke indeed had higher rates of hearing loss than their demographic counterparts who did not have second-hand smoke present in their home environments. Specifically, there seemed to be a relationship with low-frequency hearing loss. A surprising aspect of the study was that these young people did not seem to be aware they had hearing loss. In the entire sample, nearly 82% of the participants who had low-frequency hearing loss did not report hearing difficulty at all.

What can we make of these findings? In the first place, the relationship between second-hand smoke and hearing loss should be enough to prompt parents, guardians, and people living with young people to limit exposure. The best approach would be smoking cessation, but in the absence of that possibility, keeping smoke out of the home might be enough to prevent hearing loss for others within the house. Another important take-away from the study was that many young people are not aware of the hearing loss they already have. With such a high percentage of adolescents unaware of their low-frequency hearing loss, what can be done?

Young people are demonstrating higher rates of hearing loss than ever before. Many experts point to the increased use of headphones and earbuds among young people. Not only are they using these devices for extended periods of time, but they are also using them at high volumes that can be damaging.

For these reasons, as well as the connection with second-hand smoke, it is more important than ever to encourage regular hearing tests. Although they may not be aware of the loss, it is important to get a baseline reading of hearing ability in order to calibrate future hearing treatment. Although these adolescents might not be ready for hearing aids in many cases, it is important to track the progression of hearing loss over the years.

A commonly held cultural perception is that hearing aids are only for elderly people. With adolescents facing a host of hearing challenges, it is more important than ever to get tested and to embrace the possibility of treatment when it becomes available.

Preventing hearing loss is half the battle, but reducing the stigma of hearing aids can make it possible for everyone to experience improved hearing and conversational ability. If you have a young person in your life who might have experienced second-hand smoke exposure or might have hearing loss, don’t delay seeking out a test!